Provisional figures released by the Ghana Statistical Service show that Ghana’s economy grew by 0.4% in the year 2020.

The figure which was released by the Government Statistician, Professor Samuel Kobina Annim as part of a lecture at the University of Cape Coast, represents a slower growth rate than what was projected by the International Monetary Fund and the World Bank which pegged Ghana’s growth rate at 0.9% and 1% respectively for 2020.

Following the detection of the deadly Coronavirus in the country, government in its 2020 mid-year budget revised the economic growth rate of the country for the year 2020 from 6.8% to 0.9%.

However, while sharing the Gross Domestic Product figures at constant prices for 2020, Professor Samuel Kobina Annim revealed that the economy grew at a slower rate than anticipated. 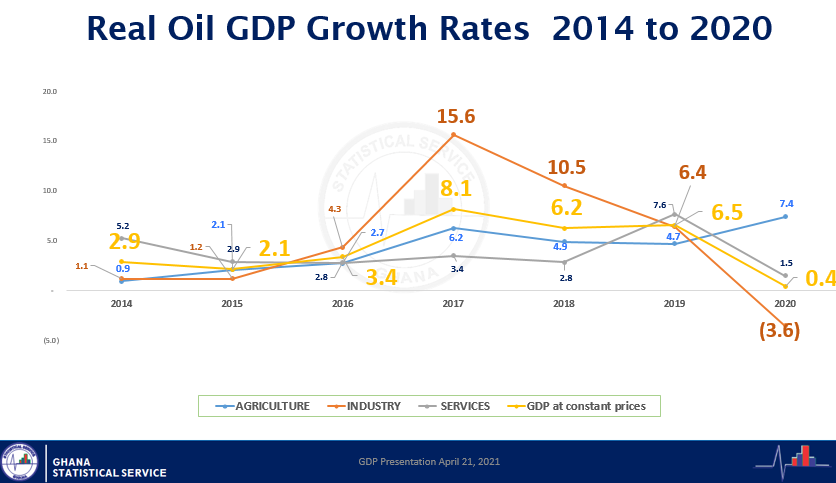 He however added that the contractions experienced in the second and third quarters were worse than originally anticipated. 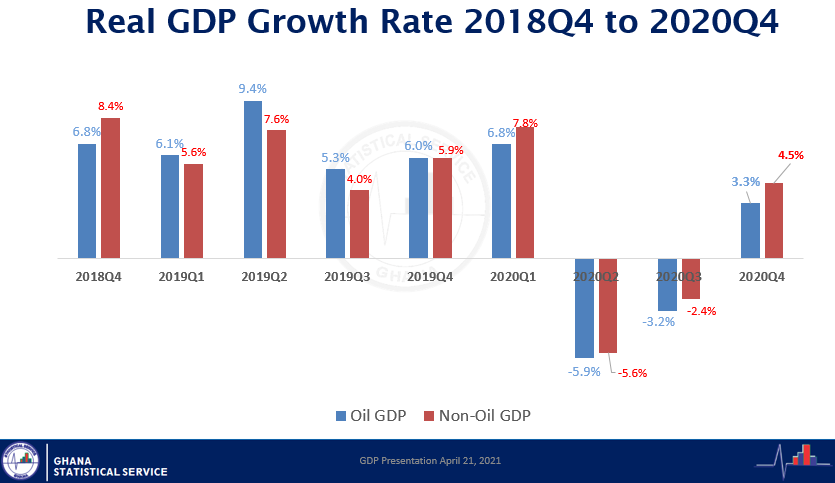 “We are yet to return to the pre-COVID 19 growth rates. It is important to note that the provisional figures that were released in the 2nd and 3rd quarters of 2020 indicated that the economy contracted by 3.2% and 1.1% respectively. Based on finalized figures we’re now seeing a contraction of 5.9% and 3.3% respectively. It is also important to note that based on the provisional figures the economy grew by 4.9% in the 1st quarter of 2020, but per the revised figures the economy grew by 6.8%.”

Fuel taxes must be reviewed by Parliament’s Mines, Energy, and Finance...